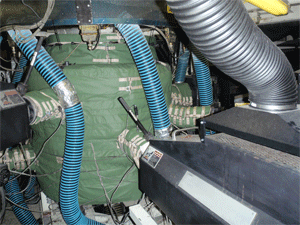 This lowers ambient temperature in your facility, lowering overhead costs for equipment operation and air conditioning. The combined benefits of UniVest allow you to save on energy costs while reducing your organization’s carbon footprint.

Blown film extrusion machine insulation is a fast payback and high ROI energy efficiency project: more so than any other energy saving initiatives. The chart below demonstrates estimated three year savings below. You can also download an blown film payback sheet. Available Rebates & Tax Credits State and utility programs across the US are offering substantial incentives for energy efficiency projects, offsetting anywhere from 30 – 120% of the purchase price of high temperature industrial insulation. We work closely with these groups to ensure you receive the maximum benefit available in your area. 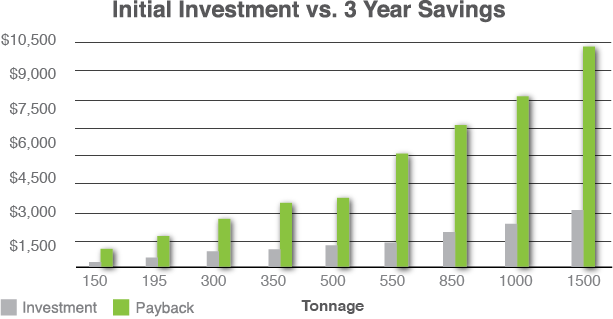 A plastics manufacturer for more than 40 years, this industry veteran began with a simple vision: to become the leading packaging manufacturer in the US. That vision has been realized and exceeded, and expanded to a global focus.

The manufacturer has grown to include four divisions. Its Oklahoma facility is a 96,600sq ft Flexible Films plant with 23 blown and cast film lines.

A Pryor, Oklahoma facility wanted to reduce energy consumption and reduce the ambient air temperature near their equipment.

Their maintenance manager turned to UniTherm Insulation Systems to insulate blown film dies and extruders for his 23 lines.

The facility has seen a 5% reduction in electricity consumption and also enjoys a 15 degree ambient air temperature reduction in the areas near their machines.

One heat zone of bare metal pipe was drawing 5.4amps before insulation. After UniTherm Insulation Systems were installed that amp draw was 2.2amps – which translates to $500 a year in savings for just one heat zone.