You are here: Home / QuickCool®: For Custom Injection Molding

Insulation jackets are great for firing up machines and maintaining steady temperatures, but what about custom injection molders that change processes frequently during the day? We didn’t forget about you.

QuickCool® is a custom engineered insulation blanket that increases energy efficiency by conserving heat, while at the same time, be easily opened to provide a quick cool-down time for the next mold change. QuickCool® is designed to wrap completely around custom injection molding barrels to insulate, but has high-temperature straps on the inside to hold it in place while the top flap opens to release heat when necessary. This way, your barrels and heater bands are always easily accessible, minus the pain and hassle of having to remove the entire jacket. By simply opening the QuickCool® flap you can save time per changeover, which can result in more production time and bigger profits.

Q: How does QuickCool® for custom injection molding allows temperatures to drop faster then other traditional removable/reusable insulation methods?
A: Traditional barrel insulation works fantastic, but it can be difficult to work with if you are constantly running different temperatures on your machine throughout the day/week. QuickCool® offers all of the same energy efficiency qualities of traditional insulation blankets by holding heat in, but can now be quickly and easily opened with just a simple tug of the hook and loop flap to provide a quick cool-down time for the next process. Once the flap is opened, heat can then escape allowing machine temperatures to drop down to a different operating temperature quickly.

Q: Why should I insulate my injection molding machines with QuickCool® if I change my process temperature so frequently?
A: Even though you change your process temperatures frequently your energy bill does not unless you are proactive and seek energy savings solutions.  Insulating your injection molding machines can lower your energy output up to 60% and offer a return on investments in less then 12 months.  A custom injection molding company without barrel insulation is allowing money to evaporate into thin air via heat loss.

Q: Why go with the QuickCool® instead of traditional insulation?
A: The custom injection molder is changing temperatures so frequently that traditional injection molding insulation does not stay on the machine once they are removed. QuickCool® is designed to fasten around your barrel in a unique way that allows you to unfasten the top part of the jacket without removing it from the entire machine.  The blanket will stay securely attached to the machine even when the top flap is open to release heat.  Traditional insulation blankets get lost, thrown away or put aside once they are removed from a custom-molding machine because they are a hassle to take on and off. QuickCool® is a two-in-one insulation system, which allows heat to escape quickly while remaining securely attached to the barrel. 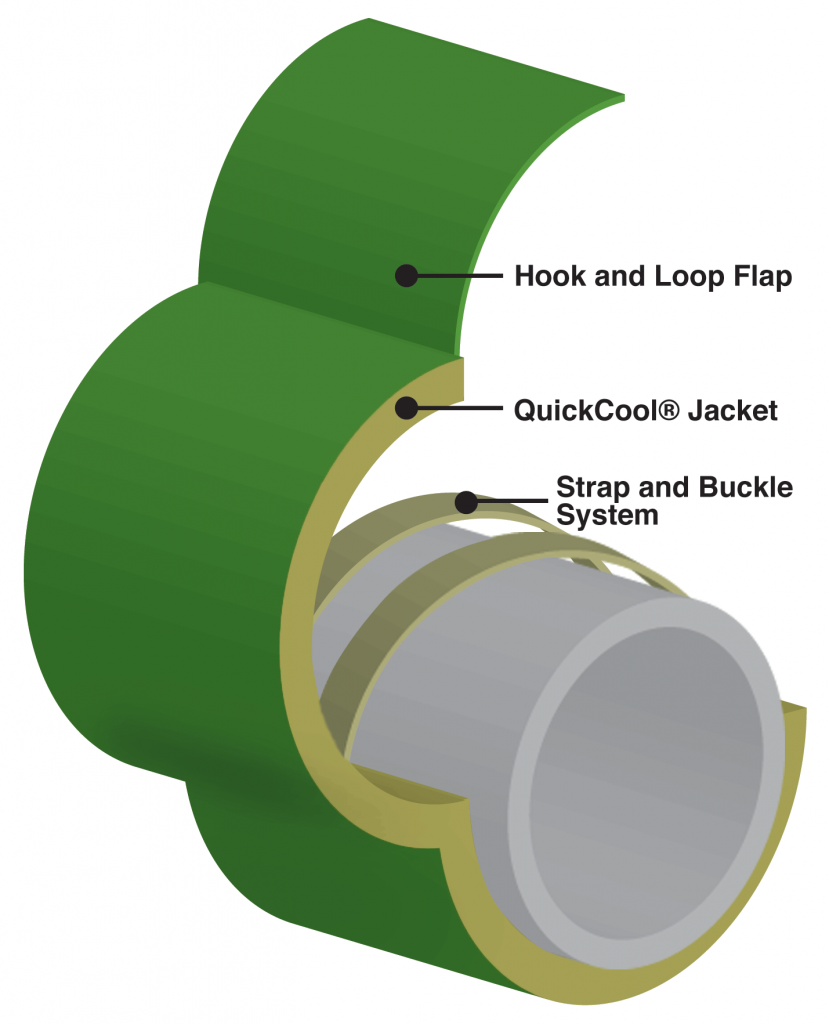 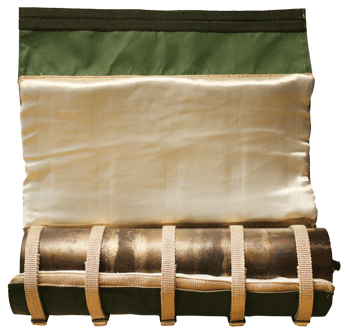