Flying cars were expected to be the future by 2000; despite erroneous expectations, cars have become radically advanced within recent years.  Cutting-edge technology has prompted the birth of the car of the future due to anxieties of energy efficiency and rising pollution.

By 2025, all new U.S. vehicles must be equipped with a 55mpg+ fuel range.  To contend with new fuel regulations, each year a car must be 5% more fuel-efficient.  The price at the pump is expected to increase 25% by 2025; presently, the average vehicle gulps an annual average of $1700.  Future hybrid & electric vehicles may cost $2400 more, but consumers will save $8200 in additional expenses.

Plug-in vehicles (PEV) or electric vehicles (EV) are gaining in popularity, but critics cite inflated prices, shortage of fueling stations, and limp technology advancements as probable disappointments. Despite the EV knockers, the Tesla Model S recently earned Car of the year for 2012 by Automobile Magazine and received Motor Trend’s Car of the Year honors in 2013.  Cadillac, BMW, Audi, and Honda are soon to follow in the EV trend in 2014.

House Bill 2453 may leave an unpleasant taste in some consumer’s mouths after it is passed.  This tax, to be blunt, fines individuals to drive an electric vehicle.  This gas tax would be aimed at 2015 or later vehicles, with 55 miles/gallon or more.  A little background information: 60% of state projects are funded by taxes on gasoline.  Thus, states are collecting less tax money because of existing and future electric and hybrid vehicles.  Point blank, the fee would be 1.56 cents per mile.

These destined energy efficient vehicles could conceivably constitute 65% of the market in 2025.  Consumer demand, credits, and government incentives will determine the car dealership of the future. 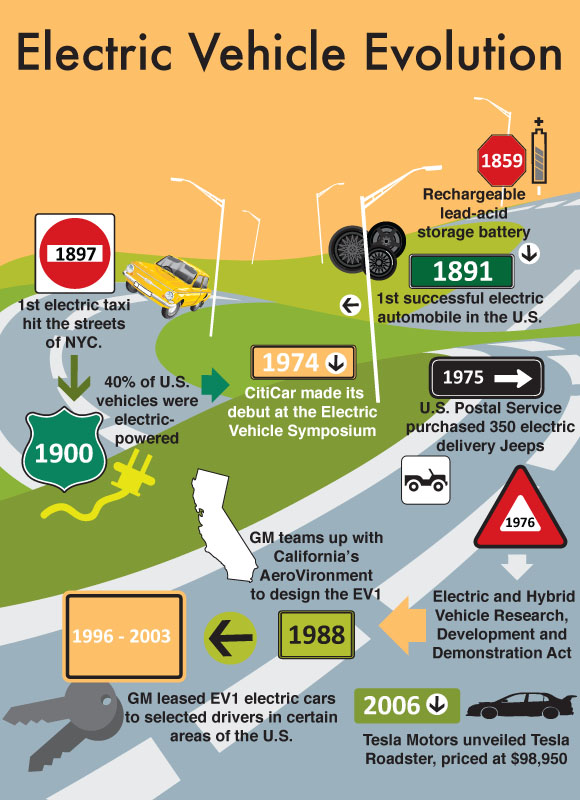